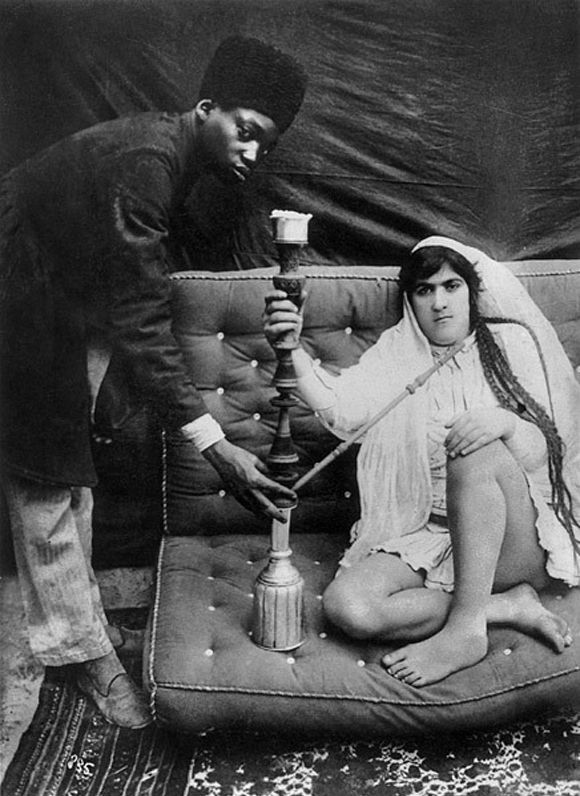 Before getting into the history of photography of the 19th century Persia (now Iran), it is important to briefly outline the overall history of the medium and its development to better understand the topic at hand. While some may say the history of photography has its roots even as far as into ancient times where the principles of the camera obscura have been first discovered, it was not until mid-1820 that Nicephore Niepce was able to permanently record an image after several days of exposure. Shortly after, Niepce’s associate Louis Daguerre developed the daguerreotype process that would revolutionize the photography throughout the United States of American and Europe alike.
Of course, over the years, many other scientists and researchers have contributed to the development of the photographic process as we know it today, but it is important to note that photography was first introduced to Persia (now Iran) between 1839 and 1842 which actually happened not long after the official introduction of the medium to the Western world. As part of the European colonial involvement in the Middle East, the two colonial powers in Iran, Russia, and England have gifted the Qajar Monarch, Muhammad Shah (r. 1834-1848), with the first photographic apparatus. And despite the availability of written instructions on how to use the camera, in 1844, the French educator Jules Richard, also possibly the very first person to actually photograph the country, was invited to Iran to teach the Qajar princes the art of photography.
After the death of Muhammad Shan in 1848, the young crown prince Nasir al-Din Shah ascended to the throne and became the new Persian emperor. And as previously mentioned, Nasir al-Din Shah already received an introduced to photography at the age of thirteen from Jules Richards. And by constantly engaging with the medium of photography, he discovered his passion for the medium and continued its study even after becoming the Shah of Persia. In addition, Nasir al-Din Shah learned advanced photographic techniques from the then little-known professional French photographer Carlliane, which allowed Nasir al-Din Shah to call himself the first major Qajar photographer.
Behdad also states that Nasir al-Din Shah has established “a photographic institute Akkas-khanah-I Mubarak-I Humayuni” in one of the buildings of the Gulistan Palace in the 1860s, where it was Carlliane’s responsibility to train two palace attendants which were appointed to run it. Furthermore, Behdad explains that from that point on court’s photographers documented every official event, royal trip, military campaign, significant figure (rajul), and historical monuments of the Qajar court. And because of the Shah’s enthusiasm for the medium, after 1860 the subject of photography was introduced to the Dar al-Funun College.
By establishing the main events that occurred in context to photography, that lead to the popularity of the medium, we can now look further into the key contributors to Persian photography. In the article about photographic traditions in 19th century Iran, the author Donna Stein has divided photography and its participants into three broad categories: those belonging to the European documentary and geographic tradition and recorded cultural and physical phenomena throughout the world like Neapolitan Colonel Luigi Pesce; those who experimented with the new technical discoveries without any particular mission like Nasir al-Din Shah; and those who discovered that they could earn their livelihood from images like Antoin Sevruguin.
While there may be a handful of photographers worth talking about that were active during the Qajar period (1785–1925), I would like to focus mainly on the life and work of Antoin Sevruguin. Despite the little information available in the literature of the world history of photography about him, he has been known as the most prominent and prolific commercial photographer in Iran at the end of the 19th century. Antoin Sevruguin was an Armenian-Iranian photographer, also known by the name Serunian, Sergruvian, Sevriogin, Sevrugin, and Sevraguine, that spent almost all his life in Iran. Born in the 1830s, he was the son of Vassil de Sevruguin, and orientalist scholar serving as a Russian diplomat to Tehran of Armenian origin, and Achin Khanoum of Georgian background. Antoin was one of their seven children all born in Tehran. Because of Sevruguin’s father’s early death, caused by a riding accident, the family was forced to return first to Tbilisi, and later to Akoulis where life was more affordable. There, the brothers attended school while helping to provide for the family. Later, Sevruguin decided to return to Tbilisi to continue his studies in painting and photography where he met the Russian photographer Dmitri Ivanovich Jermakov (1845-1916) that inspired him to conduct a photographic survey of the people, landscapes and the architecture of his native country. Around 1870, as mentioned by Navab, together with his brother Emanuel and Kolia, they traveled through Azerbaijan, Kurdistan, and Luristan, photographing whatever appeared to be of interest on their way to Iran. Stein mentions that “Sevruguin recorded his surroundings with an encyclopedic eye”, and while many of his photographs from his journey were reproduced in travel books and narratives, they were not credited with his name which could be the reason why over the years his work has received limited recognition.
READ MORE